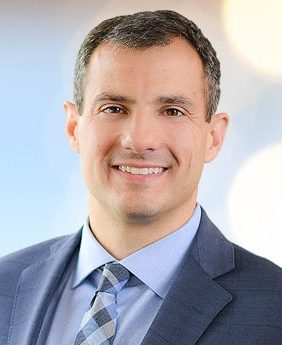 I solve issues for businesses, owners, and individuals concerning commercial litigation, business law, estate planning, and employment. As Partner in Charge of Kohrman Jackson & Krantz LLP’s Columbus Office and I lead a team of skilled partners, associates, and staff. I provide exceptional, client-focused legal services and am known for taking a sincere and serious approach to my clients’ matters.

I have been named one of the Top 5 Lawyers in Columbus and Top 100 Lawyers in Ohio. I hold an AV® Preeminent rating from my colleagues and was listed as one of the “Top Lawyers” in Columbus by Columbus CEO Magazine in 2014 and 2015. Every year since 2012, I have been selected as a Super Lawyer or Rising Star by Super Lawyer magazine, a distinction reserved for no more than the top 5% of lawyers in a state.

My cases and I cases sometimes attract media attention, with me contributing to or my higher-profile cases being covered by Sports Illustrated, ESPN, CBS Sports, Law360, Columbus Business First, The Columbus Dispatch, The Lantern, 97.1 The Fan, and WTKA.

As a community leader, I received Business First’s “Forty Under 40” award in 2015 and Leadership Upper Arlington’s Distinguished Alumni Award in 2017.  And in 2019, I graduated from Leadership Columbus.  These achievements are given to individuals who have made exemplary leadership contributions to their business and civic communities.

I was also an adjunct professor at the Ohio State University Moritz College of Law where I taught about buying and selling privately held companies.

During law school, I served as an extern for Magistrate Judge Mark R. Abel of the United States District Court for the Southern District of Ohio. Before law school, I was a research and marketing analyst in Taipei, Taiwan.

Active in the community, my wife and I founded The Berkshire Triathlon, a 501(c)(3) charity, which has raised over $210,000 for children with serious illnesses in Central Ohio benefiting Flying Horse Farms, Nationwide Children’s Hospital, and the Ronald McDonald House.